With more than 25 years of being in the business, we know what sounds great. We have hand selected the finest speakers in every category to offer you exactly what works best in your home. We work closely with you to make sure your speaker choice is perfect for your environment.

Call us or make an appointment to come and listen and we will blow your mind.

Feel every beat, hear every nuance. Klimax speakers were the first to have Linn’s revolutionary Exakt technology built-in, bringing you closer than ever to the artist’s performance. Delivering power and precision in equal measure, their no-compromise design means nothing gets in the way of the music.

The most advanced speaker we’ve ever made has it all. The Servo-driven bass system, Linn 3K Driver Array and 3,000 W of onboard amps come together with Exakt technology to produce the most breathtaking performance possible from a speaker. 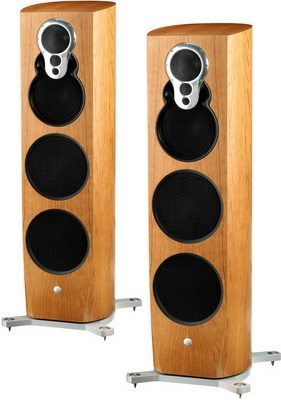 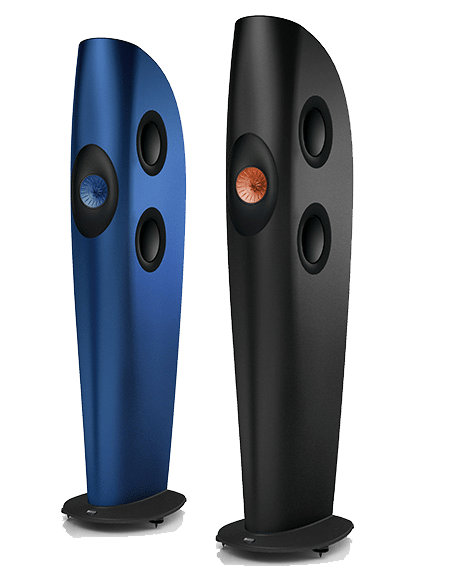 The inspiration was simple: to give some of the world’s most talented audio engineers complete freedom to create a speaker to showcase KEF’s technology leadership and powers of innovation. No preconceptions. No need to use existing components. And no design or cost restrictions whatsoever. After three years of original research and exhaustive testing, what our team came up with looked and sounded like no other speaker: Concept Blade, whose startling acoustic precision was so enthusiastically acclaimed when it was first revealed at the Munich High End Show in 2009.

But unlike glamorously radical concept cars that never see production, we decided it was simply too good not to take a step further. Encouraged by all the reviews, and to mark KEF’s 50th anniversary, the design team was given the go-ahead to develop this stunning concept for production, and two more years were spent painstakingly refining the concept to produce an edition that serious audiophiles could actually own.

Persona™ is a showcase of vanguard materials and Paradigm’s most advanced audio technologies, all entirely Crafted in Canada.

Engineered to “take on the persona” of your audio performance, each speaker virtually disappears behind an unprecedented level of realism and transparency. Whether you’re passionate about classic two-channel stereo, or an enveloping multichannel home theater system, Persona’s combination of innovation, performance and elegance introduces luxury in an indulgent new class of loudspeake 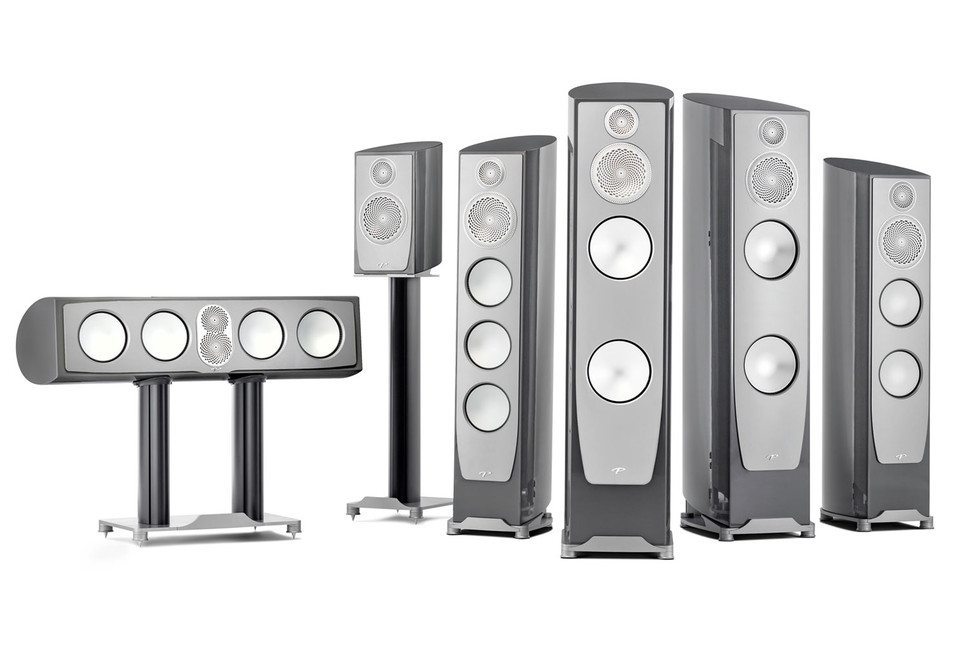 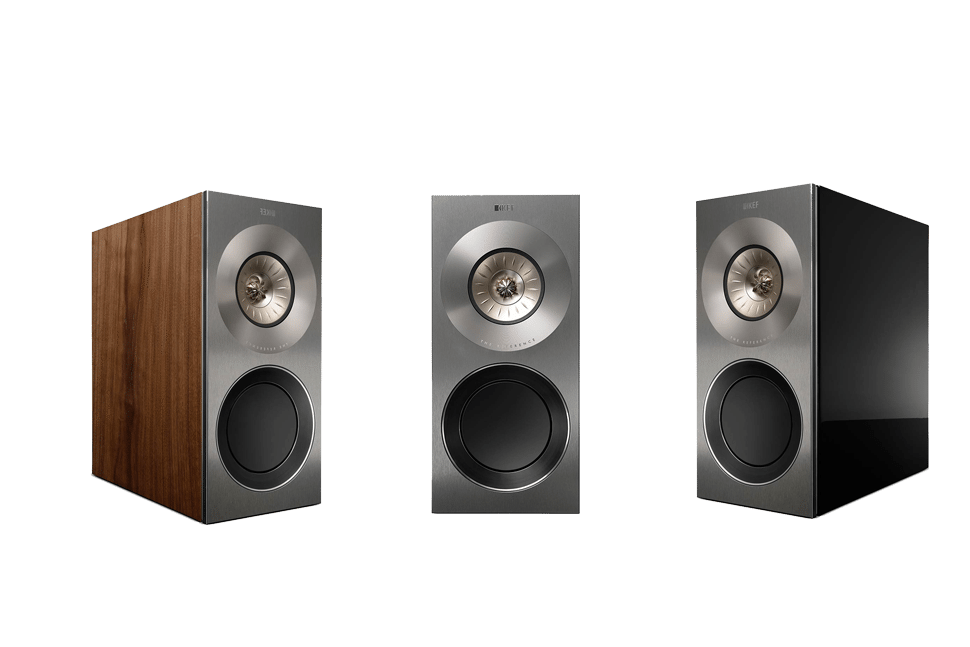 At the heart of The Reference is a stunning new iteration of KEF’s landmark innovation: the Uni-Q point source MF/HF driver array. With a state-of-the-art 25mm (1in.) vented aluminium dome tweeter at the exact acoustic center of a highly sophisticated 125mm (5in.) mid range driver, both act as a single source that floods the listening space evenly with a flawless natural sound field, no matter where you sit. Capturing all the nuances of the human voice, whether whispered, spoken or sung, it sounds as if the person were right there with you in the room. All the jaw-dropping performance and innovative engineering pioneered for the critically acclaimed LS50 studio monitor, and then some. Reference 1 pairs KEF’s latest 125mm (5 inch) MF/HF Uni-Q driver array with the sensational new 165mm (6.5 inch) alloy cone bass driver to create a compellingly realistic sound stage out of all proportion to its size. Mounted on shelves or stands, Uni-Q’s inherently wide, even dispersion also makes it the perfect rear channel speaker in a home theater system that effortlessly reveals all the subtleties encoded in modern soundtracks. 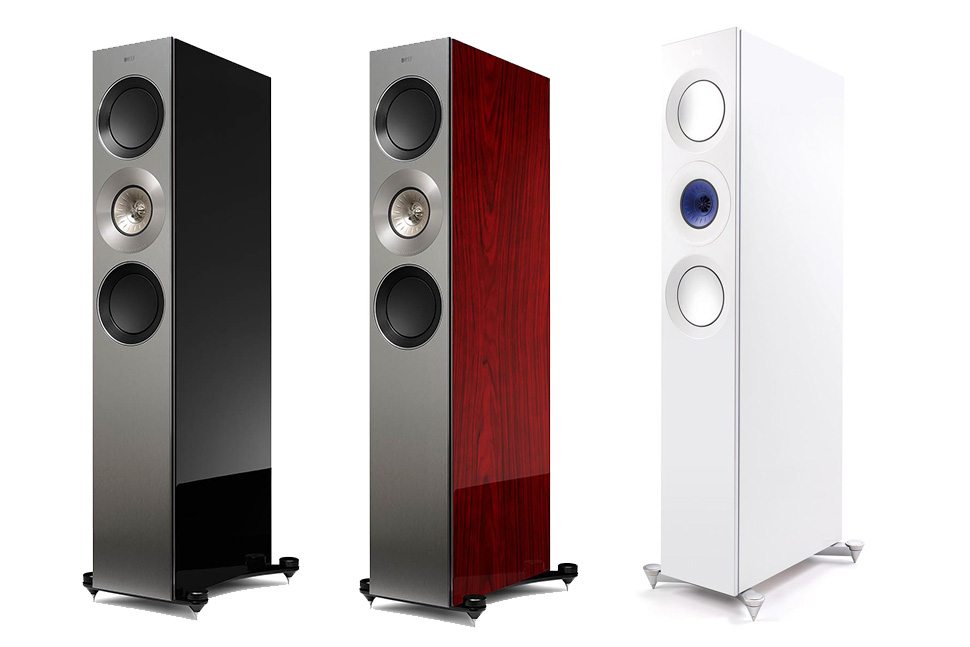 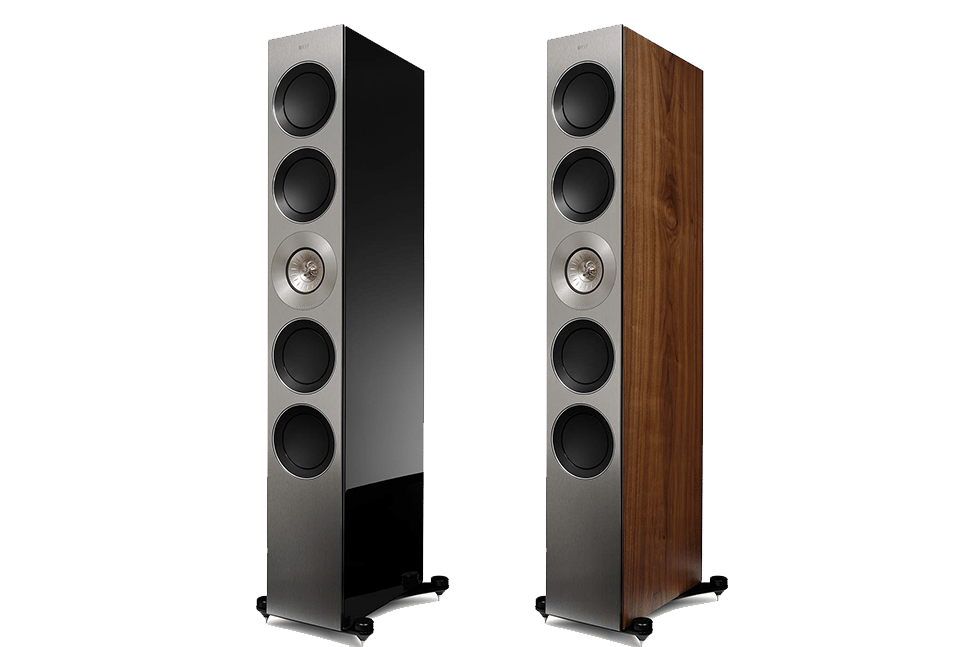 The Reference 5 is KEF’s passion for perfection embodied in a tall three-way floorstander that aligns four powerful, extremely linear 6.5in. bass drivers – two above and two below KEF’s latest 5in. MF/HF Uni-Q array, with a sensational 1in. vented aluminium dome tweeter at the acoustic center. 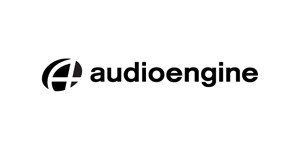 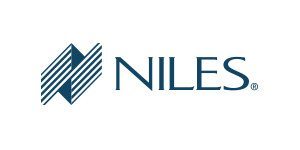 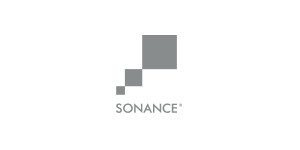 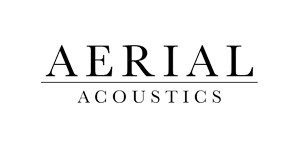 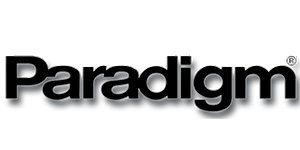 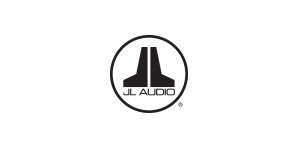 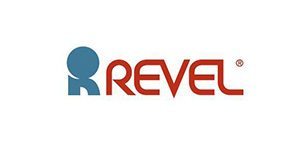 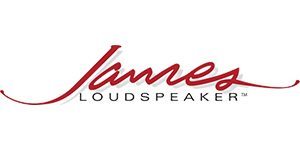 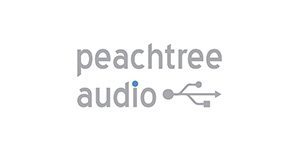 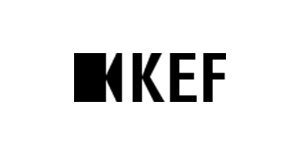 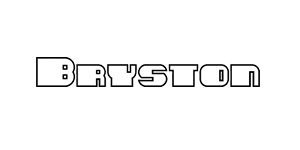 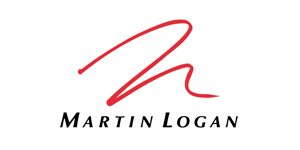 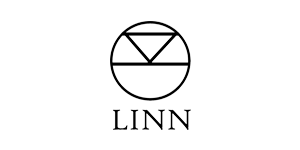 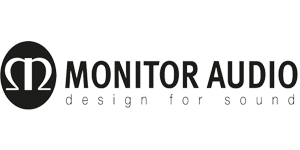 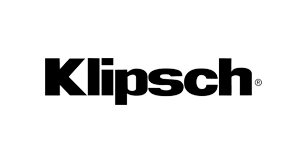 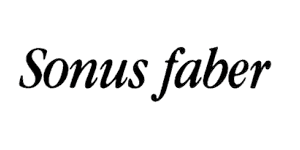 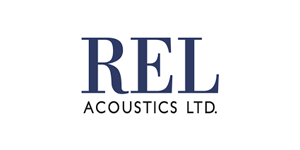 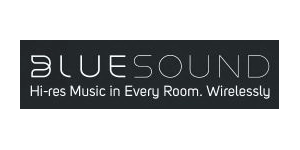 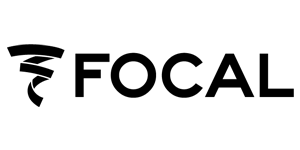 Feel free to contact us about anything. We are your audio video experts.